Growing up in Cuong Nhu 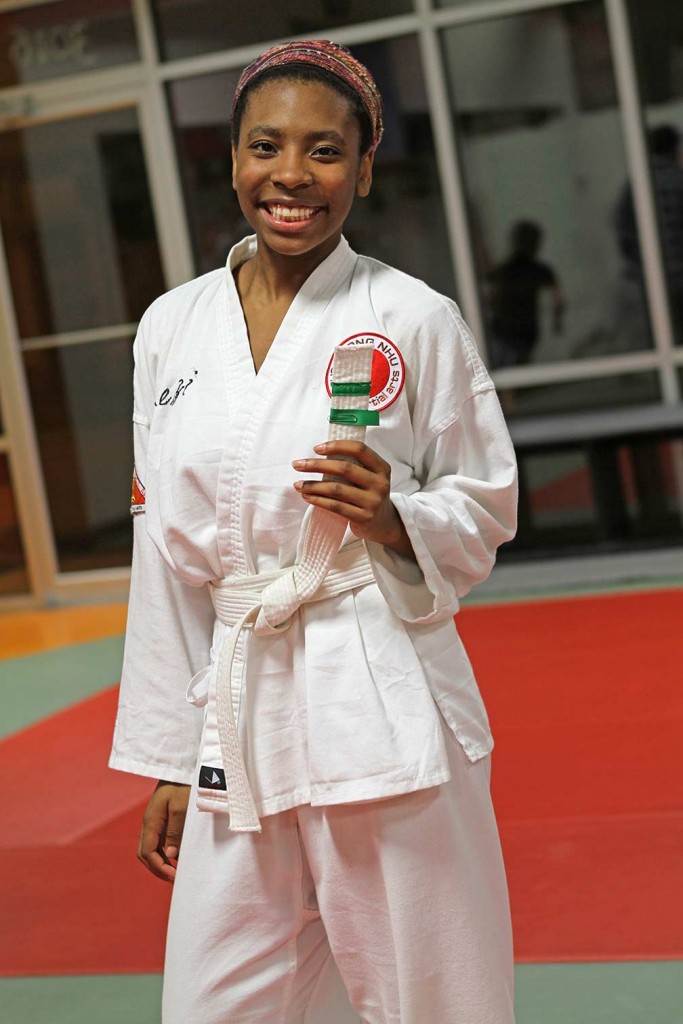 As a woman, my training in Cuong Nhu has been nothing less than an enrichment of my mind and body. There was a time when I looked up to my father as a powerful protector of the family. He was there whenever I shut my finger in the door of a truck, and there when I had a bad day at school. He had always been right by my side whenever I needed anything, or when my mother, brother or sister needed something. ‘He must be able to do anything’ I decided as a little girl.

But in time, my father aged and my inflated fantasy weakened. A frank splash of reality came one evening during an argument at my grandmother’s house. My uncle lost his temper and started for my mother. My father, being an honorable man stepped in between them but that did not stop the shouted obscenities. My uncle, a trained younger man, firmly threatened to break my father continually and even though I did not know what I would or could do, I stood between them. I wish I could say I remained in front of my parents as a heroic sacrifice. But in all truthfulness, it was impulsive. I was scared and I didn’t know what would happen.

Another relative contained my uncle, and when I couldn’t take it anymore I went outside, walked for a while, and then curled up against the tire of a car, watery anger stretching down my face. I was crying, but I heard myself screaming. Neighbors came out and saw me; they watched me, but nobody approached me except for a police officer after they arrived at the house.

I was very lucky. The only thing I lost was my sense of security. The police came before anyone got hurt and to be fair, I was considering learning self-defense before the incident. But before then, it had never seemed so necessary. To see my father’s life being threatened and knowing that I ultimately would be helpless was enough to make me realize that the man I knew was supposed to always protect me had grown older. I would have to take it upon myself to learn how to protect.

Since then I have dutifully applied myself to Cuong Nhu in a whole hearted attempt to rebuild walls of refuge around my life, as well as my friends and family. I have learned ways to channel anger, meditate, and how to handle myself in dangerous situations. The philosophy made sense and was applicable in my life. Again, I came to Cuong Nhu with the intent of rebuilding walls, but Cuong Nhu actually kept my heart open and taught me new meanings of strength and poise. I have learned that sometimes it’s your weaknesses that make you strong and it is that particular ribbon of individuality that gives you an edge.

So much confidence has been returned to me and I am truly happy when I realize I have met a new supportive family in Cuong Nhu. Thanks, to what I have been learning, I have a revised outlook on life. Not even, but especially as a woman, I am powerful. From my slight touch, to my favorite application to Pinan 2, I am a person that will stand between a threat and someone who needs me.

Cuong Nhu has empowered me, to say the least. There was a time when I was ashamed of what happened at my grandmother’s house. In some ways I still am, but eventually, while the sun takes a break from its throne in the clouds and dips way under the horizon, slowly but surely, one continues to learn.

I express respect to the pioneers of the art and a special love to Unity Dojo for raising me.

– Applications of Philosophy in Training in the Martial Arts

– The Metaphysics of Board Breaking

– Growing up in Cuong Nhu